The first renewable energy themed event under the EU-China Energy Cooperation Platform (ECECP) was held in Beijing on July 3rd, drawing more than 200 participants within the energy sector from both sides. 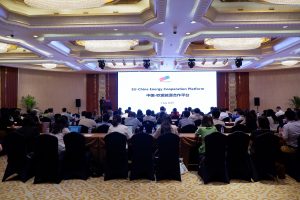 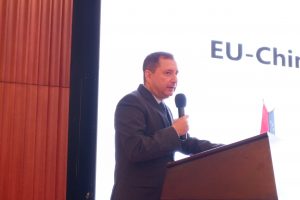 Addressed in his welcome remark, Octavian Stamate, Counsellor for Energy and Climate Actions of EU Delegation to China, said that “EU and China are steadily heading towards clean energy transition, which appears to be a particularly important task and challenge facing by the both of us. The critical issue is how can we get there. ” According to Stamate, in order to make the change, we need not only the appropriate regulation framework and enough renewable generation capacity, but also the capability to manage the future energy system in a much smarter and safer way. “China and the EU are just perfect partners in leading the world energy transition, and it will be of great help to learn from each other in addressing the common challenges,” commented by Stamate. 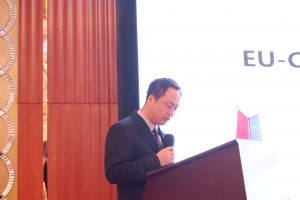 China has come a long way and already accomplished significant progress in clean energy transition, especially for the development of the renewable energy, of which the generation capacity reached at 744GW by the end of May 2019, introduced by Li Dong, Director of Department of Renewables of National Energy Administration (NEA). According to Li, China is also improving rapidly in terms of energy system optimization and technological development as well as equipment manufacturing. In 2018, China had 4 wind turbine  manufactures and 9 PV cell producers made to the world’s top 10 list, which appeared to be a common performance for the recent few years. In addition, China has steadily taken steps to promote renewable energy integration, introducing more market mechanisms to resolve the curtailment issue and to facilitate grid-parity, which is in fact to some extent inspired by the EU practice and benefited from the friendly cooperation with the EU. Mr. Li also encouraged the EU and Chinese companies to engage more with each other’s market and to work more closely in exploring third market in the future. 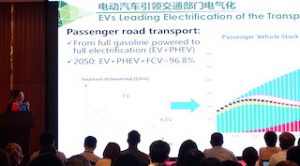 China is actively leveraging renewable energy to drive the revolution in energy production and consumption. According to Zhao Yongqiang, deputy director of Renewable Energy Development Center at Energy Research Institute, with the rapid development of  renewable energy technologies, distributed solar and offshore wind will further release their potentials in China’s energy mix on the supply side; while on the consumption side, China is not only vigorously pushing forward the “solar+” strategy to promote the cross-sector utilization and consumption of solar energy, especially with the architecture and agriculture industry, but also actively carrying out electricity substitution in the heating and transportation sectors. In this regard, China has a lot to learn from the EU’s successful practise and diversified solutions in the relating fields. 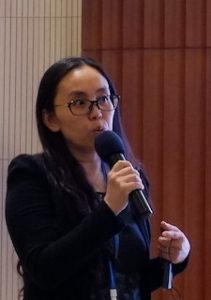 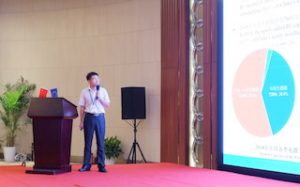 Ever since the introduction of the  Revolutionary Strategy of Energy Production and Consumption (2016-2030) in 2016, China has formulated a medium-term and long-term energy transformation strategy. In order to safeguard the rapid development of the renewable energy, and to meet the challenges of expanding share of renewables in the electricity mix, China has made some policy shifts towards more integration to the power grid and more involvement of renewables into the electricity market. According to Professor Shi Jingli from the Energy Research Institute, by taking various policy measures such as target guidance system, de-subsidization, renewable power consumption guarantee, and green certificate etc., China has been committing itself to create a market space for the sustainable growth of renewable energy and to establish a long-term mechanism for renewable power consumption. These measures put China just on track to reach its goal of 35% renewables in primary energy consumption by the end of 2030, and the utilization rate of renewable power has been greatly elevated with the curtailment notably mitigated, noted by Xin Songxu, Deputy Director of the New Energy Department of China Renewable Energy Engineering Institute (CREEI). 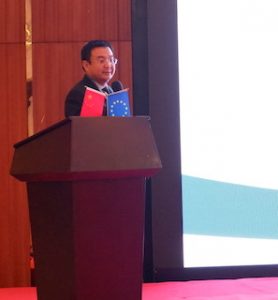 The renewable energy resource endowment of a huge nation like China appears to be very geologically unbalanced, with the North and Northeast part and especially the Northwest China naturally endorsed with favorable renewable energy development conditions. Therefore, China has also been making great efforts at the grid side, to build up and upgrade major trans-regional power transmission tunnels to deliver renewable electricity from these regions to the load centers at the East and South parts, which plays an important role in large scale renewables integration in the power system, noted Han Xiaoqi at the event, the Department Deputy Director of China Electric Power Planning and Engineering Institute (EPPEI).

In addition, in order to meet the flexibility challenges of the power system created by growing variable renewable energy integration, China has also been taking actions to implement demand response measures with more involvement of grid-scale energy storage. Gao Feng, Deputy Director of Energy Internet Research Institute of Tsinghua University (THEIRI) pointed out during his speech that the smart operation and monitoring also would be vital to stabilize the entire energy system. China is also making huge progress in energy digitalization transitions, and developing the Energy Internet, or Internet plus Smart Energy in other words, to renovate the energy management mechanisms, and to explore more cross-sector solutions to renewable energy integration and utilization in a larger consumer-focused and decentralized energy system. 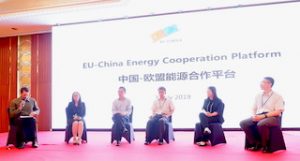 Experts and scholars from China institutions engaged in detailed discussion about the challenges and opportunities in integrating renewable electricity in China, which were just informative and inspiring as the keynote presentations to learn about China renewable development practice. According to Xiong Xiaoping, senior energy policy expert at ECECP, the platform will hold another renewable energy themed event featured with the EU practice and experience later in winter.